Were are pleased to have been in contact with David Bauckham who has written a brilliant history of the Storrington Football Club. Please have a look at the following link and the website that David has put together.

If you have a local interest of Storrington and would like to add your work to our website please email us at storringtonlhg@outlook.com

Thank you for all the enquiries we are receiving in family, local and military history. If you would like to support our work via BuyMeACoffe – just click on the link below. Thank You. 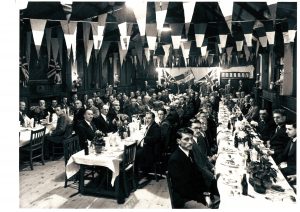 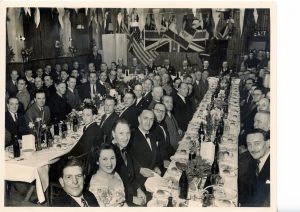 In 2021 the Storrington Branch of the Royal British Legion will celebrate its 100th Anniversary. A Comrades of the Great War association was formed in Storrington in 1917, this and other organisations were brought together in 1921 to form The British Legion.

Do you have memories of dinner nights, nights out or parades with the Legion?

Do you need help with your Family Tree or finding details of an an ancestor who served in the Great War?

Email us at storringtonlhg@outlook.com and we will help you with your enquiry.

At the Old School, School Lane (opposite St Mary’s)  Storrington

This will be our last exhibition on the Great War which will cover those who returned, social and business activity in Storrington, the commonwealth war grave commission and a chance to explore your family who may have served in the Great War.
We will also be showcasing new projects that will carry the History Group forward with information on the Thakeham Workhouse, street names, local pubs and the Storrington Trails. We hope this will encourage new members to get involved and explore their interests with local history.
——————————————————————————————————————– 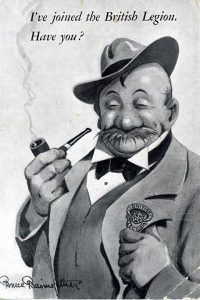 Mark Warby who has spent almost 40 years researching the life and work of the late British cartoonist Capt. Bruce Bairnsfather (1887-1959) who became famous during the First World War for his ‘Fragments from France’ cartoons depicting life at the front, and as creator of the character Old Bill. He recently came across a newspaper report from the Worthing Herald dated 8 March 1940, that “Mr F A James, manager of Lloyds Bank, Storrington, is presenting the Storrington branch of the British Legion with an original signed cartoon by Bruce Bairnsfather.” We appreciate almost 80 years has passed, but are wondering if anyone has any further information or know where the cartoon is now. 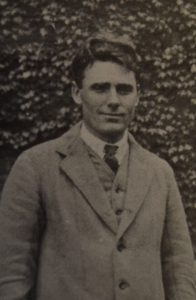 David Butcher was discharged from the army on the 18th October 1918 due to illness and died in the autumn of 1919, aged 29 years. He is buried in St Mary’s Churchyard, Storrington but there is no longer a marker for his grave.

David was born in Washington in 1890 to Harry Ernest Butcher and Mary Butcher. The Butcher family were well established in Washington where Harry’s father worked for himself as a market gardener and Harry and his brothers were employed on the land.
David married Ethel Randall on 21st December 1914 in Storrington, where they lived at 6 “North Lane” and they had two children.

The CWGC have recently confirmed that a headstone will be provided to mark the centenary of David’s death. More news to follow.

Did you have an ancestor who served in the Great War? Do you have a photo or letter?

The Storrington Local History Group would like to add your ancestor to their “Wall fo Honour” as part of the Remembrance Exhibition at the Old School on the weekend of the 3rd and 4th November 2018.

Frank Stout joined the Artist Rifles at the outbreak of WW1 and was posted to the 20th Hussars. In September 1914, he and his brother Percy were both promoted to acting Second Lieutenant. While in this rank Frank Stout was awarded the Military Cross (M.C.) for his actions while serving in the British lines while attached to the Motor Machine Gun (M.M.G.) Corps. On hearing that the enemy had been seen working close to the British positions, he took Corporal G. Tester and a light machine gun to the saphead, at the end of the trench. They mounted the machine gun on top of the trench, and then Corporal Tester, standing on Stout’s shoulders, opened fire on the enemy who were only 30 to 40 yards away. Under heavy enemy fire, Tester fired 150 rounds, before he and Stout switched positions to allow Stout to continue the attack. The next day fourteen enemy dead were counted.

In April 1917  Frank was badly wounded three times and although contemporary newspaper reports assured the readers that the wounds were ‘slight’, they affected him for the remainder of his life. At the end of hostilities Frank was transferred back to the 20th Hussars and promoted to Captain. His battalion formed part of the Cavalry Corps of Sir Henry Rawlinson’s Fourth Army which was tasked with the occupation of the Cologne bridgehead, but Frank remained an invalid for the rest of his life, and died on 30th May 1926, aged 49 and is buried in St Mary’s Churchyard, Storrington. 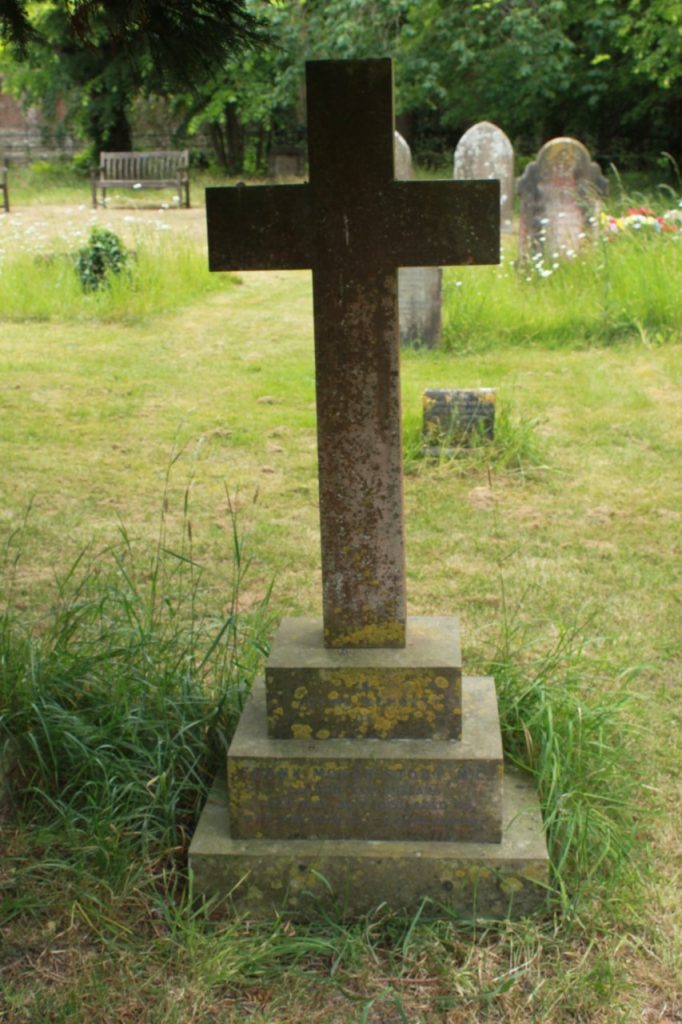 Frank Stout, a wing forward or flanker, became Gloucester’s very first player to represent an international team whilst a Gloucester player. His first cap for England was versus Wales away in 1897. In 1898 in the match against Scotland, Frank Stout was joined by his brother Percy for the first time at international level. In the same season in the home match against Wales, not only did England win the match, but both brothers scored a try, the first time that brothers had both scored a try for England at international level. The next time this feat was achieved was in the 1993 Five Nations Championship by Rory and Tony Underwood. Between 1896 and 1905 Frank won 14 caps for England and 7 for the British Isles.

If you have an ancestor on the Roll of Honour of the war Memorial please get in touch. 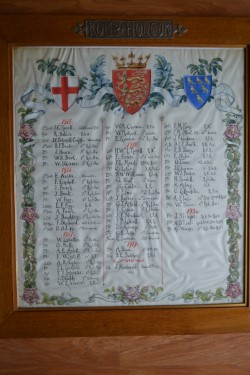 We are pleased to announce that a medal belonging the Cecil Waller (Storrington Headmaster) has been found. The Special Constabulary Long Service medal was found by Ian Povah at a medal fair. We are grateful to Ian in returning Cecil’s medal to us. 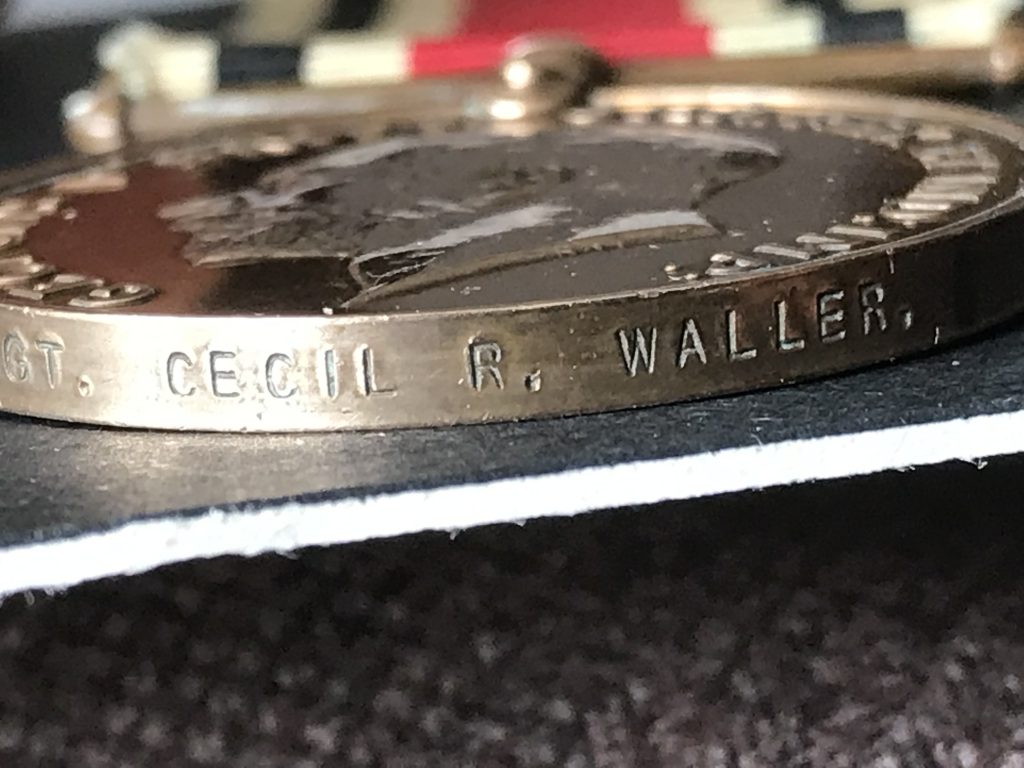